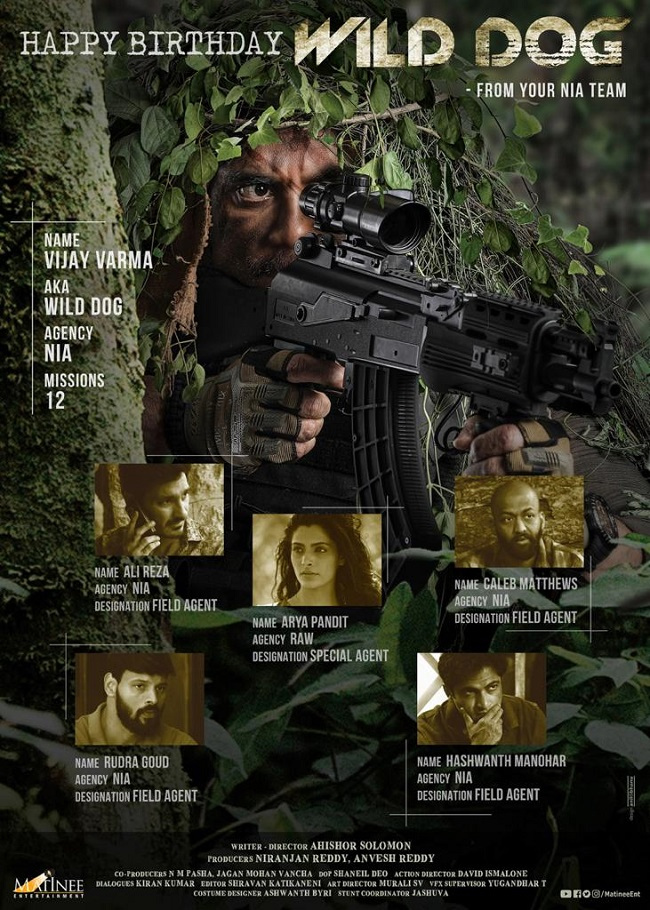 Tollywood’s veteran actor Nagarjuna is now acting in the movie ‘Wild Dog’, directed by Solomon Ahisore and is almost in the finishing stage of the shoot.

Now Nagarjuna is said to be very concerned about content-driven films and his ‘Wild Dog’ itself is a big example.

Today as this veteran turns a year old, the team of Wild Dog has released the second look from the film. The intense poster and the writings on it looked super. The poster has even introduced Nag as NIA Officer and his team.

The actor is now all set to try different films and content backed roles. On the latest the ace actor is said to be in talks with ‘Gaurda Vega’ director for a thriller and is also planning to remake the Bollywood hit film ‘Raid’ that starred Ajay Devgn as a honest Anti-Corruption cop. It is said that the star is in a hurry to sort out the director to deal this ambitious remake!

It is evident that whenever Nag tried things differently, majority films became trailblazers and became BoxOffice hits. Let’s hope he continues the journey and becomes a wannabe senior actor down south!