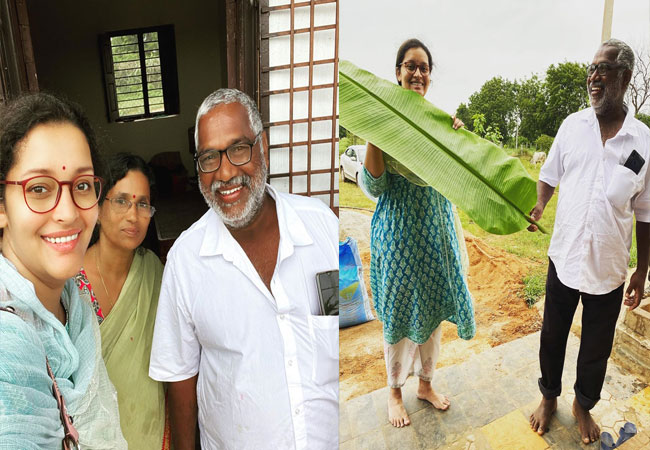 As reported earlier, actress and producer Renu Desai is making her first straight Telugu film. She is directing a film that touches upon the issues faces by farmers. The ‘Badri’ actress did a lot of research regarding this topic from the past year and she is resuming its work once again after the Corona pandemic.

The shooting started in 2019 officially but it came to halt due to the virus outbreak. With everyone restarting their work, Renu Desai too decided to work on the pre-production part once again. Last Sunday, she met the highly regarded Telangana poet Goreti Venkanna at his farmhouse and had a lyrical session with him. He will be penning some songs for Renu Desai’s film. Renu took to social media and spoke highly about the acclaimed lyricist. She even had lunch there and shared a few pictures and videos.

Renu Desai is hoping to make her next film on the lives of handloom weavers. It looks like she is following her heart and making films that focus on some important and sensitive issues.