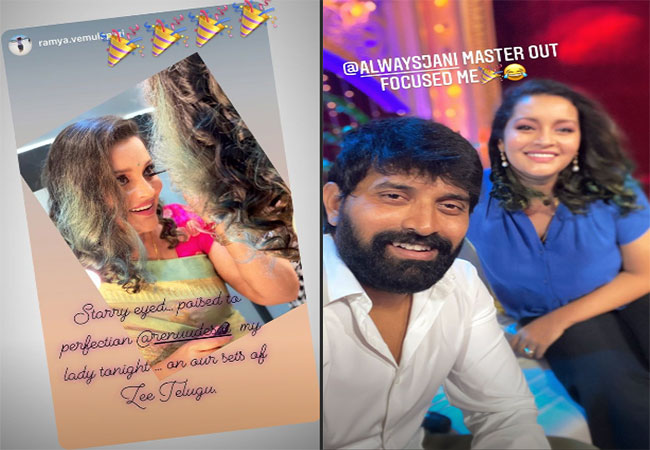 We are aware that former actress Renu Desai is making her acting comeback with a Telugu web-series directed by MR Krishna. Jointly bankrolled by DS Rao and S Rajinikanth, the web series has Dasaradhi Sivendra as DOP.

It looks like Renu is all set to make a splash on television. Looking at a post she recently shared on Instagram, one can understand that Renu is going to feature in a show on TV. Jani Master and Anchor Ravi are also featuring in the show.

Renu shared a series of videos and pictures on her Instagram stories in which we can see her dressing ready for the show. Also, she shared a selfie with Jani master and a video where Ravi is dancing in it. Seems like something interesting is on the way.

Besides this film, she is directing a film based on the lives fo farmers, titled ‘Annadatha Sukhibava’.