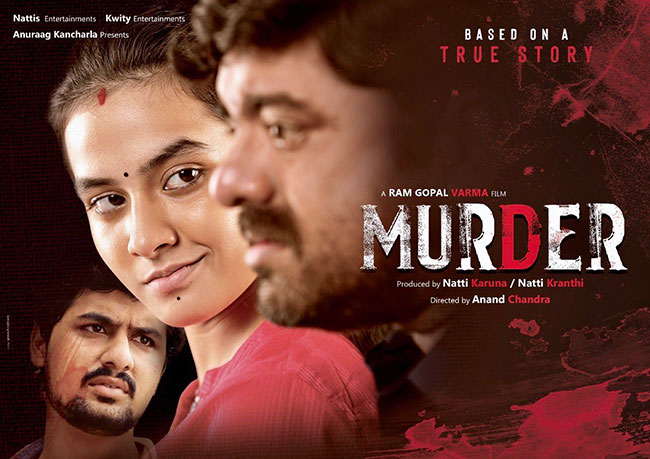 Maverick director Ram Gopal Varma who came up with pathbreaking films in the past is coming with sub-par content nowadays. He is relying on biopics and sensational content that happened in real life. He is turning them into movies and making money.

He is able to create good hype on his movies but the content is failing to impress the audience. Based on a controversial incident, he made a film titled ‘Murder’. The trailer of the film was released long back which created a lot of ripples across the internet.

People who are part of this sensational incident have gone to the district court and got an order to stop the film’s release. But RGV had the final laugh as the higher level court turned the decision and allowed the film’s release.

Elated by this, RGV took to Twitter and wrote, ” VERY HAPPY to inform that our good intentions of making the film MURDER has been rightly understood by the honorouble COURT.. Details will be give once the order is with us.. THANKING EVERYONE.” The release date will be announced soon. Natti Karuna and Nattu Kranthi produced this film while Anand Chandra directed it.