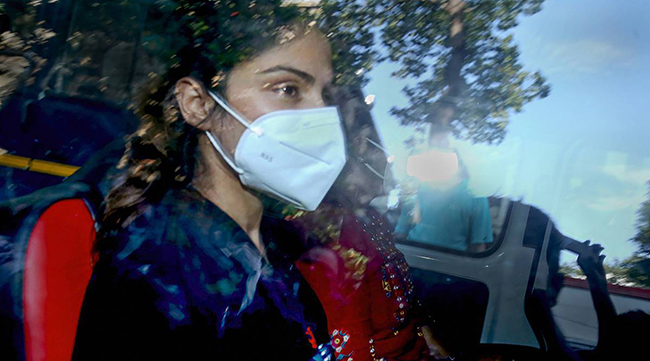 It is evident that the actress Rhea is arrested by NCB and sent to Bycullah prison after the grilling of three days. It is said that the actress has mentioned the names of at least 25 actors and actresses who consume drugs.

On the other hand news reports say that the actress was given a single cell due to privacy issues and the cell is beside Indrani Mukerjea who got arrested in a murder case.
Inside sources said that the actress was just given a mat to sleep. Her room had no fan or bed and the actress was served turmeric milk as part of prisoners diet in this corona crisis times.

On the latest, Rhea was denied bail by the Court and it remains to be seen how far the investigation goes and whether justice prevails or not!