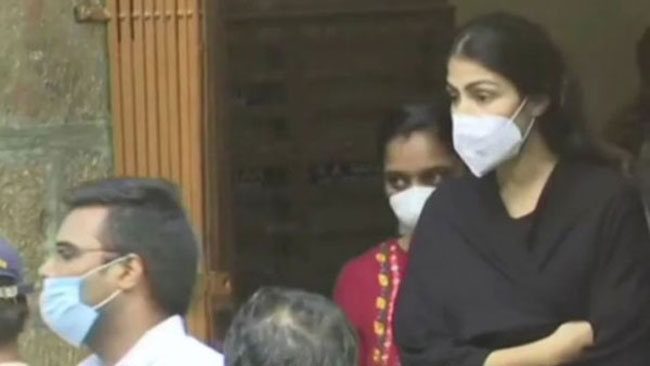 It is evident that the actress Rhea is arrested by NCB and taken into 14 days judicial custody after a video Judicial enquiry and the grilling of three days.

It is said that the actress has mentioned the names of at least 25 actors and actresses who consume drugs. She even affirmed that she never took drugs and only supplied to Sushant as per his request.

It is evident that the actress’s brother Showik and Samuel Miranda also was arrested after hours of questioning.

On the latest, Satish Maneshinde the lawyer of Rhea in his application for bail wrote that his client Rhea was forced to accept the allegations and is innocent by truth. This development has shocked all the public. It remains to be seen if at all Rhea gets bail anytime soon or not. She was sent to Bycullah Prison and will have to stay in it up to September 22.

The NCB has charged several sections under the posession of psychotropic drugs and causing some one to commit suicide. Along with imprisonment the actress is said to be fined in lakhs under some sections. As of now there is no chance for her to be out on bail! Let’s see what happens in the future.