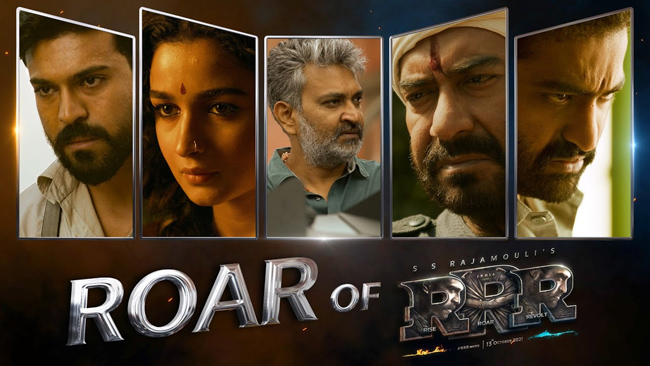 There is no film that is making more noise than ‘RRR’ right now. Coming from ‘Baahubali’ director Rajamouli, the film grabbed a lot of attention across the nation. The stupendous trailer and the terrific promotional content are taking the expectations to an all-time high. People are eager to witness the visual spectacle created by Rajamouli on the big screens.

The film is all set to hit the screens on 25th March and everything small detail regarding the film is going viral on the internet. As expected, the film is having a huge release in the overseas market. The latest reports suggest that NTR and Charan’s massive multi-starrer will have the biggest release for an Indian film in the USA market. As we know, Sarigama Cinemas has bought the distribution rights for overseas and reports claim that they are releasing ‘RRR’ on around 1150 screens.

A lot of overseas fans are showering their love on NTR and Charan by doing various special gestures. With such a huge release, everyone is sure that the film is going to shatter many records. The pre-sales have already crossed over a million dollars and it is just getting better with each passing day. Let us wait and witness the magic unfold before our eyes.

‘RRR’ is produced by DVV Danayya over a budget of over 400 crores. SS Rajamouli is aiming to score another industry hit with this multi-starrer and MM Keeravani is the music composer. Alia Bhatt is playing the role of Sita in this film while Ajay Devgn will appear in a brief role. Olivia Morris is also a part of the film.

Apart from a few noted Hollywood actors, ‘RRR’ has actors like Shriya Saran, Rajeev Kanakala, Samuthirakani and others doing key roles. NTR will be seen as Komaram Bheem while Ram Charan plays the role of Alluri Seetha Ramaraju in this massive film which was delayed multiple times already. Senthil Kumar is the director of photography while Sabu Cyril is the production designer. Srinivas Mohan is the VFX supervisor for this huge project. The film is finally hitting the screens on 25th March and there are humongous expectations on this massive multi-starrer.