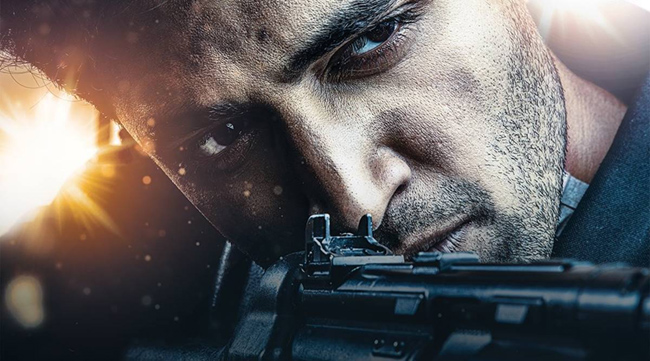 Happening hero Adivi Sesh’s ‘Major’ is all set to hit the screens on 27th May. There are high expectations on this film ‘Major’ which is based on the life of Sandeep Unnikrishnan who sacrificed his life during the ’26/11′ attacks in Mumbai back in 2008. Adivi Sesh is one hero in Tollywood who created his own path for himself with unique films. His films like ‘Kshanam’, ‘Goodachari’ and ‘Yevaru’ have turned into super hits and he got a lot of craze. The handsome hero is now planning to get launched in Hindi too with the help of ‘Major’.

March 15th marked the birth anniversary of Major Sandeep Unnikrishnan and the makers of ‘Major’ released a special video showcasing the various stages in his life. It is quite heart-touching. The film is releasing in multiple languages and the leading production house ‘Sony Pictures’ are hoping that it would become a big hit in the Hindi market.

But the recent result of ‘Radhe Shyam’ is worrying the production house. As we know, Prabhas’ film was made on a grand budget and the ‘Baahubali’ hero has a huge craze in the North. But ‘Radhe Shyam’ did not get the required result and the openings are quite weak according to the sources.

Now the Sony team are worried about ‘Major’ since it is a small film. But the story connects to the North Indians quite well as the 26/11 attacks are still fresh in the minds of people. Also, ‘Radhe Shyam’ and ‘Major’ are completely different from each other. We need to wait and see if ‘Major’ turns out to be successful in the Hindi market or not.
‘Major’ is being directed by Sashi Kiran Tikka who made ‘Goodachari’ earlier with Sesh. Abburi Ravi has penned the dialogues while Adivi Sesh himself provided the screenplay. Maratha beauty Saiee Manjrekar will be making her Telugu debut with ‘Major’. She will be seen as Sandeep’s love interest while Telugu girl Sobitha Dhulipala is playing a key role in this film.

‘Major’ has been in the making for a very long time and the makers have taken a lot of care in making sure that the facts are being presented with utmost accuracy. Veterans like Prakash Raj, Murali Sharma, Revathi and others are also a part of this film. This pan-Indian project is produced jointly by Sony Pictures India, A+S Movies and GMB Entertainments jointly. The movie has been mounted on a large scale and the teaser which came out a few months back raised a lot of expectations. It is visually stunning as well as highly emotional.

The multilingual film ‘Major’ traces the journey of Major Sandeep from childhood, teenage, glorious years in the army to the tragic events of the Mumbai attack where he martyred, touching upon the different aspects of his being.