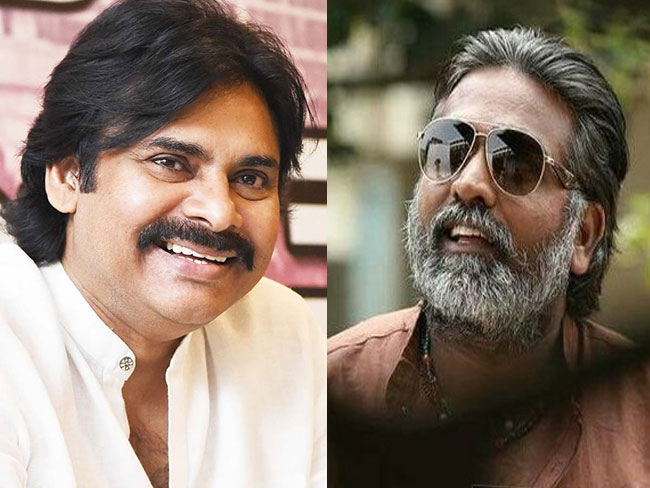 The Telugu remake of Malayalam super hit film ‘Ayyappanum Koshiyum’ has been in the discussion from the past couple of months. Many star heroes were linked to this remake which will be made by Sithara Entertainments but none of those stars clarified on it. Now, the latest rumour we hear is that Pawan Kalyan is interested in this film.

Talk is that Pawan Kalyan will be seen as one of the leads while Tamil star hero Vijay Sethupathi will be playing the other lead. Already Vijay Sethupati did a negative role in star hero Vijay’s ‘Master’ which is ready for release. He even did a special role in Rajnikanth’s ‘Petta’ and Chiranjeevi’s ‘Sye Raa’. Now, the rumour of him working with Pawan is doing rounds in the industry.

While this may not happen, the thought of both these stars working together can be some sort of solace. ‘Ayyapanum Koshiyum’ starring Pruthviraj and Biju Menon was a good hit and it is getting remade in Hindi too.