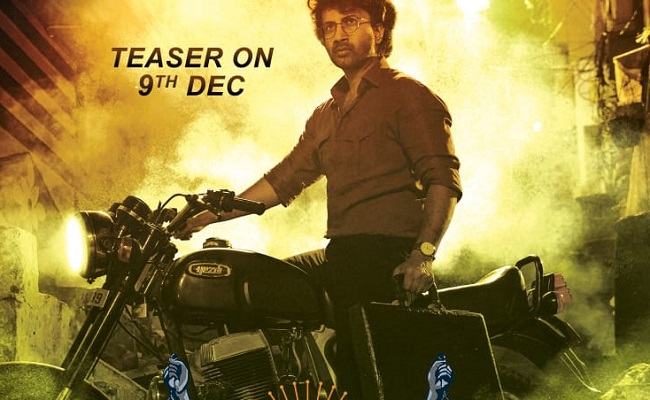 Actor Satyadev proved his mettle with films like ‘Uma Maheswara Ugra Roopasya’, ‘Bluff Master’ and others. He managed to shine even in big films where he did character roles. He was one of the rare heroes to have multiple releases even during the lockdown period too. His films or series came out on various popular OTT platforms during the last eight months.

This talented actor is once again back to entertain the audience with his upcoming film titled ‘Thimmarusu’. The first look poster has been released recently and Satya Dev is seen on a vintage bike with a suitcase in his hand. The poster looks interesting and attracts you instantly.

East Coast Productions is bankrolling this project and ‘Taxiwaala’ beauty Priyanka Jawalkar is the heroine. The film is said to be an entertaining thriller with a lot of twists and gripping narration.

Film’s director Sharan Koppisetty says that a major part of the shooting has been wrapped up and editing work is currently under process. He is confident that ‘Thimmarusu’ is all set to entertain the Telugu audience. The teaser is coming out on December 9th and it will be having a theatrical release.