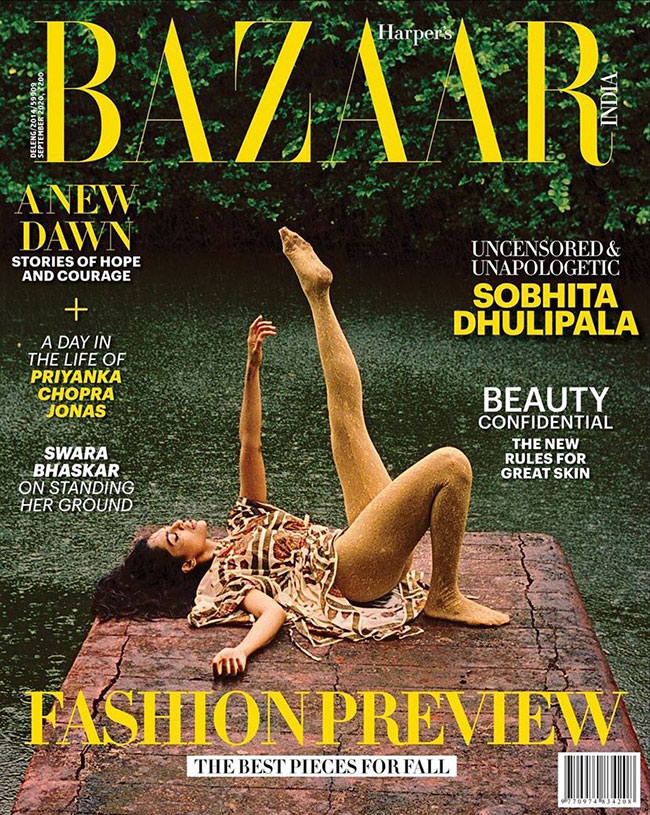 The Telugu beauty Shobitha Dulipala knows no bounds at all in showcasing her talent be it Bollywood or Tollywood. The actress is famous for balancing both the modern and traditional dressing in almost all her films.

The latest cover page of Bazaar magazine has Shobitha’s pic on the cover page. It showed the flawless figure of the beauty and her confidence in that pose takes our breath away asking for more!

Recently the actress was seen going places in Bollywood with constant films and web series in Amazon and Netflix. Shobitha is the only Telugu girl to reach this far in the glam world. Yet this modest actress says that it’s all a blessing to balance both Tollywood and Bollywood.

The actress is looking forward for the release of her upcoming Pan India film ‘Major’ starring Adivi Sesh in the lead. The film is co-produced by Mahesh Babu.

Shobitha had a humble background, she became a star from modelling to Bollywood films.