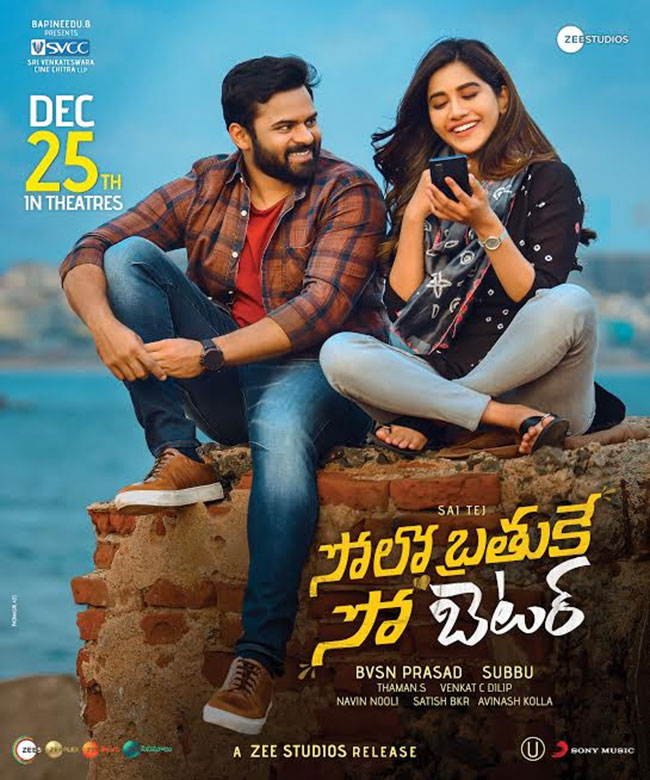 The theatres are all set to reopen and here comes the first big Telugu theatrical release after a long time. The curtains are going to rise after a gap of nearly 9 months, a new release is arriving in theatres and it is none other than Sai Dharam Tej’s ‘Solo Brathuke So Better’.

The film’s unit made it official that the film will be hitting the screens on 25th December with a poster. This romantic comedy written and directed by debutant Subbu has been giving a clean ‘U’ certificate and Zee Studios who acquired the rights of this film are releasing it. BVSN Prasad has bankrolled this project under ‘SVCC’ banner.

The poster gives a fresh vibe as Sai Tej is romantically looking at Nabha Natesh while she is smiling. The Vizag beach backdrop gives a pleasant feel to this poster. On the whole, the poster is like a breath of fresh air to film lovers who are longing to watch films in theatres.

The theatres are allowed to run at half capacity and we need to wait and see how the audience embrace ‘Solo Brathuke So Better’. Sai Tej is on a roll with back-to-back hits and Nabha Natesh surely attracts the youth. The songs composed by Thaman have already become good hits. Hope all these positive factors work in favour of this film which will be the first release in theatres after a gap of 9 months.