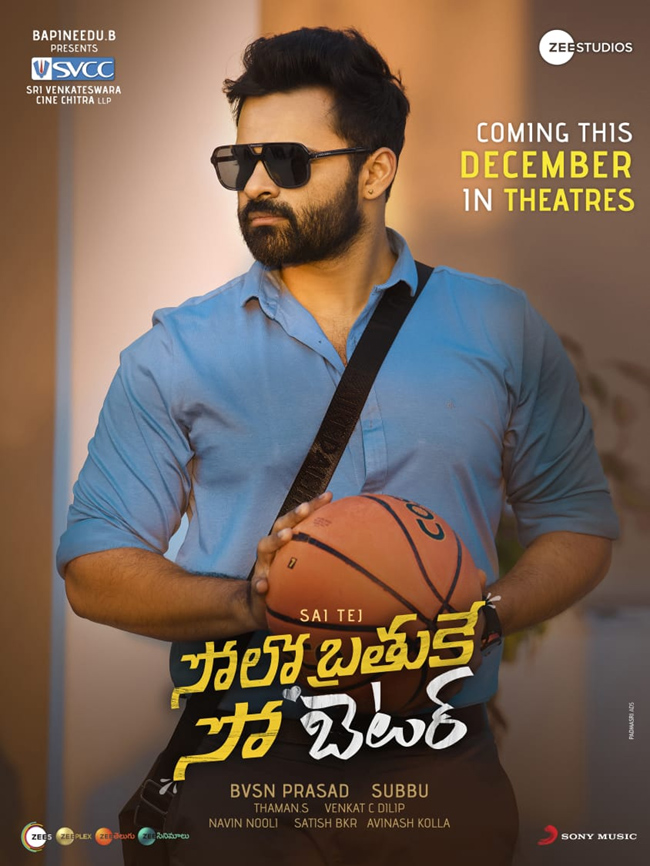 The curtains are set to rise again and the silver screens are going to shine with new releases once again. The state governments reportedly gave their go-ahead for the theatre officials to restart the screenings with 50% occupancy.

If sources are to be believed, Sai Dharam Tej’s romantic comedy ‘Solo Brathuke So Better’ is going to be the first big theatre release of Tollywood after lockdown. The theatrical rights of this film were sold to Zee Studios and they are apparently fixated on releasing this film on big screens. This film produced by BVSN Prasad is expected to hit the marquee in December and the entire team is hoping that the occupancy rate will increase by then.

This film marks the directorial debut of Subbu and Nabha Natesh will be seen romancing Sai Tej. Thaman’s songs have already brought amazing buzz on ‘Solo Brathuke So Better’. Experts say that the result of this film determines the future of theatrical business in Tollywood. Hope people walk into theatres to watch this film and enjoy it and go home safely.