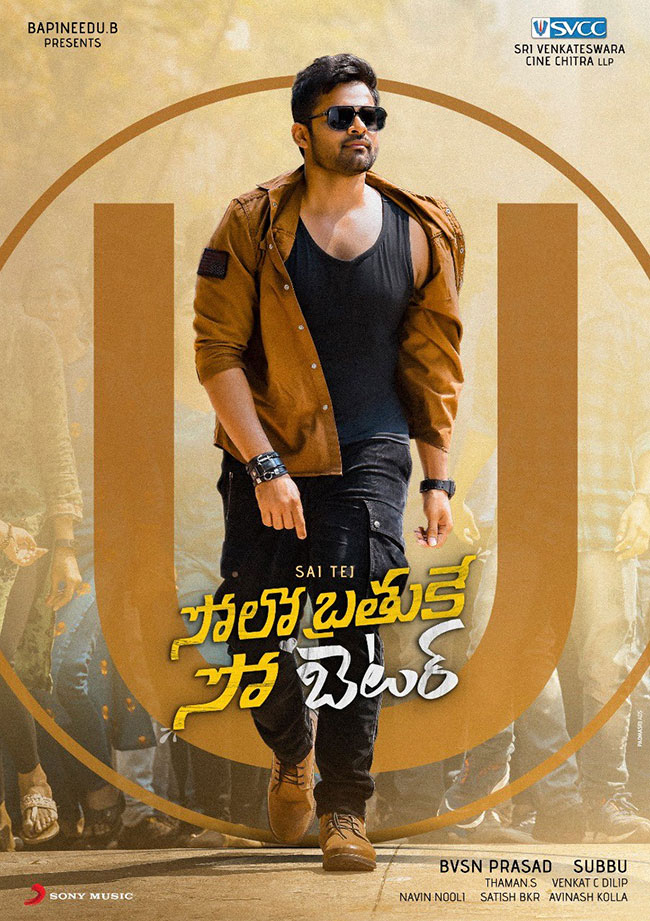 Mega hero Sai Dharam Tej’s upcoming movie ‘Solo Brathuke So Better’ which is in the last leg of production has completed the censor test. The film’s team officially announced that they got a clean ‘U’ certificate from the censor board.

Sai Tej will be seen as a pure single who hates relationships but ends up falling in one. He will be seen romancing ‘ismart’ beauty Nabha Natesh in this romantic comedy which will be released soon.

Thaman composed music for this film and three songs have been released till now. ‘Solo Brathuke So Better’ has been bankrolled by BVSN Prasad while Subbu makes his directorial debut with this flick.

In the recent poster, Sai Tej looks dashing with trendy dressing style. It seems like the hero has put in some extra effort in the styling department.