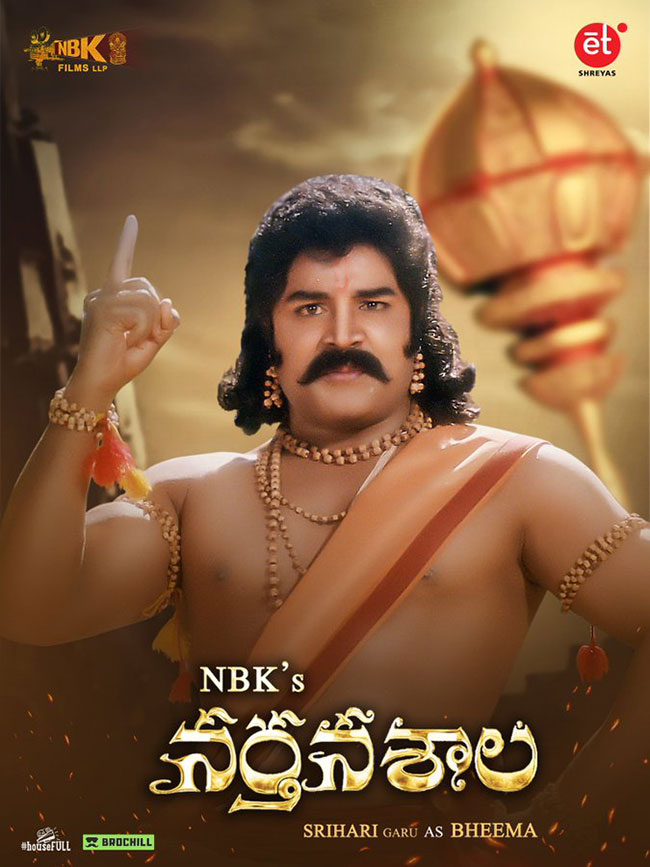 As we know, Nandamuri Balakrishna’s dream project ‘Narthanasala’ which was made long back is finally releasing on Shreyas ATT on 24th October as a gift to Nandamuri fans this Dusshera season.

Balakrishna’s look as Arjuna from this epic mythological drama was released a few days back. Recently, the first look of late actor Srihari who played the role of Bheema has been released. Srihari is one of the most talented actors in Tollywood who left us unexpectedly. But his roles remain with us forever.