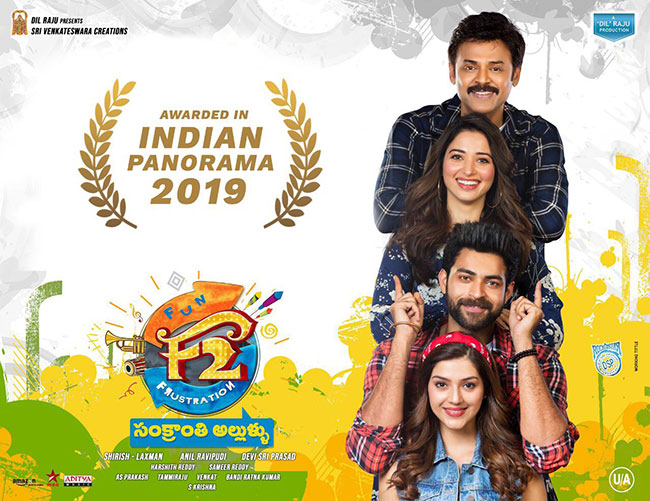 Of all the films released last year, it is ‘F2: Fun & Frustration’ featuring Venkatesh and Varun Tej in the main lead that bagged the Indian Panorama award for 2019 in Telugu.

The Ministry of Information and Broadcasting gives these awards every year and ‘F2’ directed by Anil Ravipudi won this award for 2019 and stands along with elite films like ‘Jallikattu, ‘Uri’ and others. Interestingly, ‘F2’ was the only Telugu film to grab the award in this category for 2019.

As we know, ‘F2’ is a comedy entertainer produced by DIl Raju. It was a huge hit and collected over 80 crores at the box-office. Tamanna and Mehreen Kaur were the female leads in this film which is high on entertainment but very low on logic and sense.