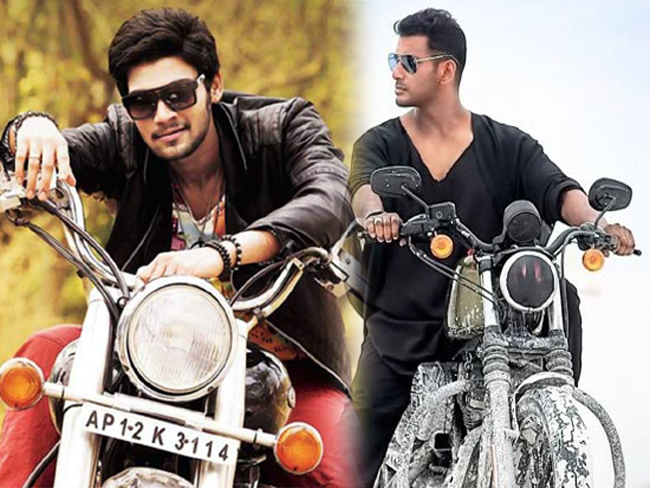 Heroines have a short career compared to others and they look to make the most out of it. We see them acting in spineless roles in star hero movies where they have nothing to do except being glamorous. They want to work with star heroes and make most of their craze by endorsing brands, going to shop openings, and performing at events.

But star heroines are reportedly showing interest in working with these two heroes who are not even big stars. They are Bellamkonda Srinivas in Telugu and Vishal in Tamil. Both these heroes are known for their commercial scripts and we have seen them romance with star heroines in their films regardless of their market. We have seen Bellamkonda pairing up with the likes of Rakul, Samantha, Kajal, Pooja Hegde and others. The list of star heroines Vishal romanced include the likes of Nayanthara, Shruti Hassan, Kajal, Tamanna, Hansika and many more beauties.

Sources say that both these heroes pay three times more than star heroines usually demand. This is reportedly the main reason why star heroines show interest in working with them. Many joke that heroines bought houses with remunerations they got from these two heroes.