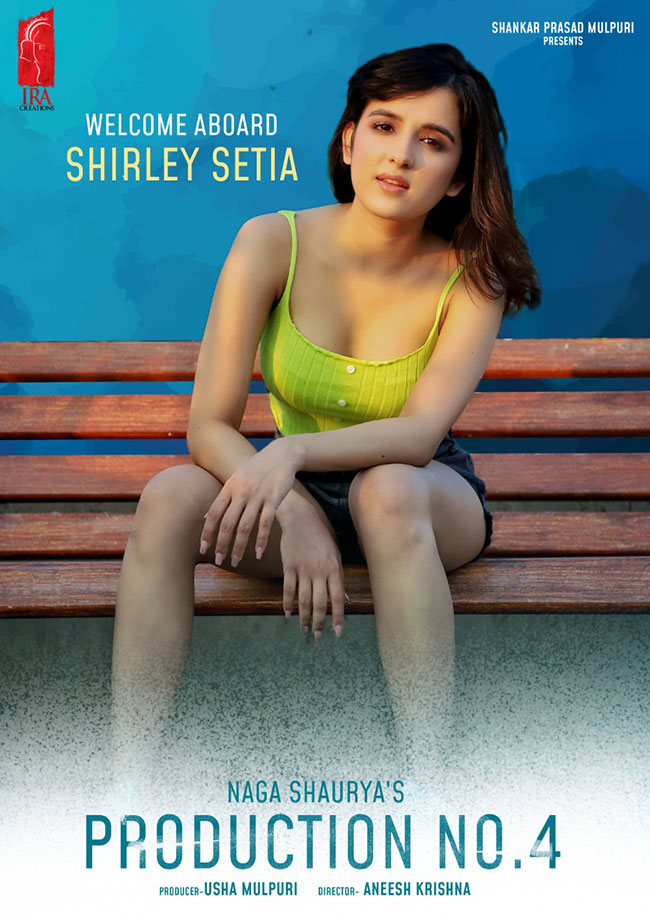 Young and handsome hero Naga Shaurya who is working on a few interesting projects at the moment has announced his 22nd film under the direction of ‘Ala Ela’ fame Aneesh Krishna. His fans are curious about this project and here is the big announcement from the team which is making them get even more excited.

Popular actress, singer and Youtuber Shirley Setia has been brought on board as the heroine of this film. The makers released a glamorous picture of Shirley announcing her involvement in this film. Shirley is making her debut in Bollywood soon with ‘Nikamma’ and Naga Shaurya’s film will be her launch pad in Tollywood. The entire team is pretty excited about her inclusion and it is already bringing a lot of buzz over this film.

This is the fourth production of ‘Ira Creations’ banner and the film is yet to be titled. Usha Mulpuri is bankrolling this project and Mahati Swara Sagar is working on the music. Sai Sriram is the cinematographer and people are eager to find out more about this film.