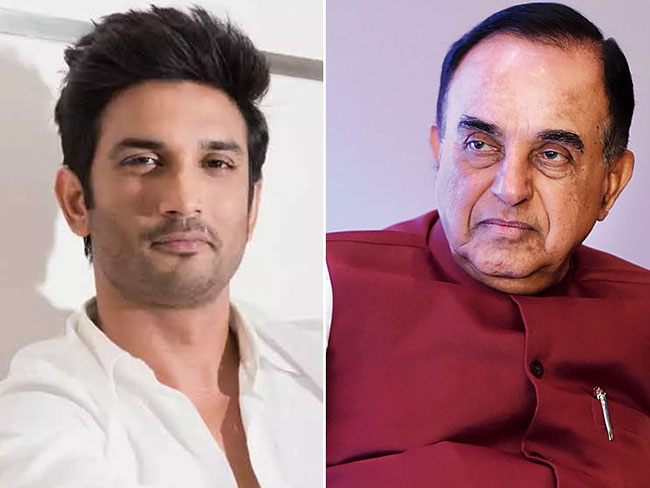 Bollywood actor Sushant Singh Rajput died by suicide on June 14 at his Bandra residence. Since then, a lot of theories are doing the rounds surrounding his untimely demise.

Now BJP MP Subramanian Swamy has alleged that Sushant Singh Rajput’s autopsy was forcibly delayed to make sure poisons in the system would dissolve beyond recognition.

Taking to Twitter on Tuesday, Swamy said “Now the diabolical mentality of the killers and their reach is being slowly revealed: autopsy was deliberately forcibly delayed so that the poisons in SSR’s stomach dissolves beyond recognition by the digestive fluids in the stomach. Time to nail those who are responsible.”

On Monday, Swamy suggested that Sushant’s girlfriend Rhea Chakraborty should be subjected to custodial interrogation to get at the truth.