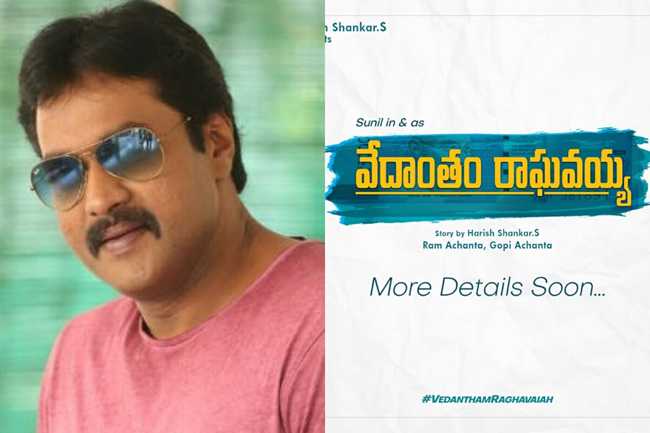 Comedian turned hero Sunil has gone back to playing funny roles after failing to succeed as a hero. Sunil was once a star comedian who used to bring the house down with his impeccable timing but with hits like ‘Andaala Ramudu’ and ‘Maryada Ramanna’, Sunil left comedy roles and decided to become a full-fledged hero. But none of his films turned out to be hits other than ‘Poolarangadu’. He is back to comedy again but he lost his touch as per many.

Sources in the industry say that Harish Shankar is going to become a part of Sunil’s next project. The ‘Gabbar Singh’ director will reportedly pen the story for this film and even bankroll it. As we know, Harish is working on his upcoming flick with Pawan Kalyan and his name being attached with Sunil’s next film is creating confusion. The director of Sunil’s film wasn’t revealed and if Harish directs it, his film with Pawan Kalyan is expected to get shelved. Harish may not choose Sunil over Pawan but the official details are yet to come out.

On the other hand, Sunil is not that interested in becoming a hero again. Apart from comedic roles, Sunil is also testing his luck as a villain in films like ‘Disco Raja’ and ‘Color Photo’. We need to see if Sunil plays the hero in Harish’s project or is it going to be a double role where Sunil gets to be the villain too? Only the time can tell.