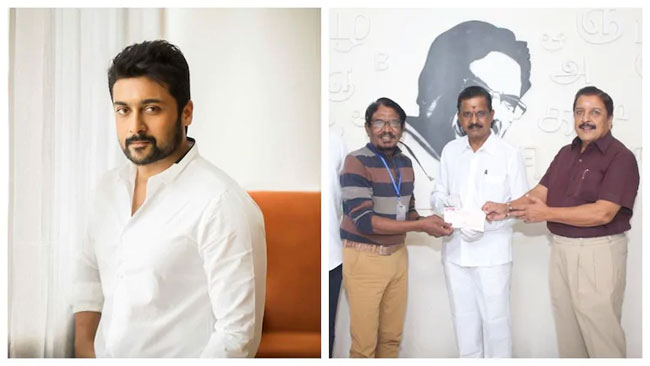 Hero Suriya who is known for his charity works, earlier announced he will be donating a sum of Rs. 5 crore from the business of his upcoming film Soorarai Pottru for the frontline workers of COVID-19, workers of film bodies.

Out of the money donated, Rs 1 crore was donated to FEFSI, while Rs 30 lakh and Rs 20 lakh was donated to Tamil Film Producers’ Council and Nadigar Sangam respectively.

Suriya released an official statement on the donations in which he said the details of the remaining donations will be announced very soon.

His decision to go for a Digital release did not go well with many producers and directors in Tamil Industry. Some of them have written to the actor to thing again about releasing the film on OTTs.