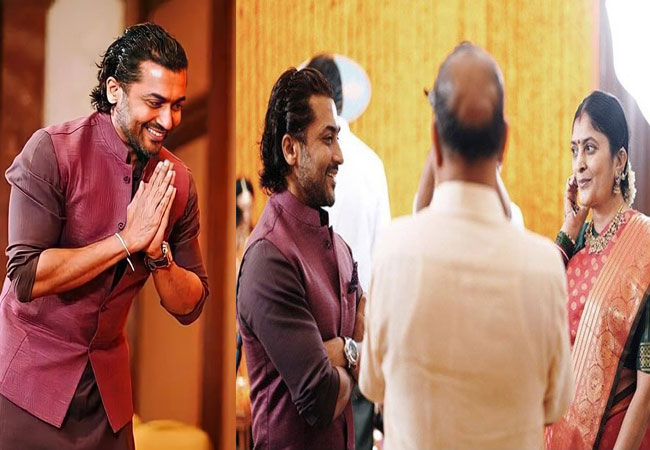 Kollywood star Suriya and actress Aparna Balamurali starrer ‘Soorari Pottru’ is all set to release on Amazon Prime Video on November 12. The film’s director Sudha Kongara’s daughter Uttra was married to Vignesh recently at a star hotel in Chennai.

Suriya had attended the wedding along with Mani Ratnam, Suhasini and Gautham Vasudev Menon. The Yamudu actor’s latest avatar in his long locks is taking social media by storm.

Suriya was clicked at the wedding and his new avatar has been doing the rounds on social media platforms. In the photos, Suriya is seen in long hair. His long hair and dashing looks are attracting everyone now. It is said that this new look could be for his upcoming film with director Pandiraj.