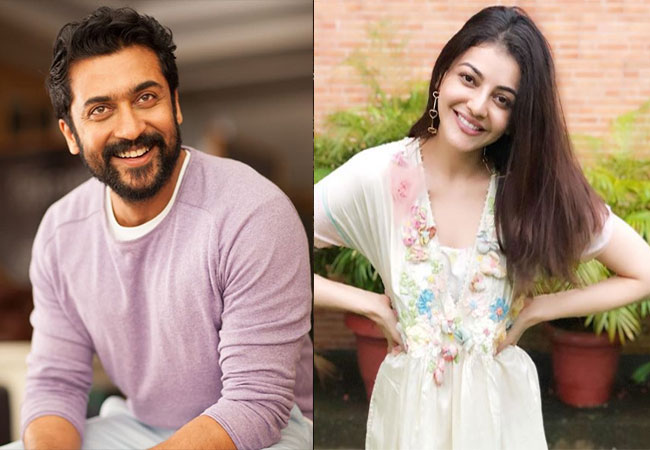 Versatile hero Suriya’s has enjoyed a tremendous run at the box-office till 2011. KV Anand’s ‘Brothers’ which was released amidst huge expectations disappointed the audience and from then, Suriya completely went out of form. Despite delivering a hit like ‘Singam 2′ and ’24’, he never hit the bull’s eye at the box-office life before.

He is losing his craze gradually and the result of his last two outings namely ‘NGK’ and ‘Bandobast’ proves the point. His ‘Aakasame Nee Haddu is releasing on Prime Video on 30th of October. On the other hand, Suriya will reportedly get paired up with his ‘Brothers’ heroine Kajal once again. His fans are hoping that Kajal will bring back the lost luck to Suriya. Though it isn’t confirmed yet, this project may go on floors next year.

Suriya is currently working on a film titled ‘Aruvaa’ which is directed by his ‘Singam’ director Hari. Raashi Khanna is the heroine in this flick and news is that she will be seen raising temperatures in a bikini for this movie.