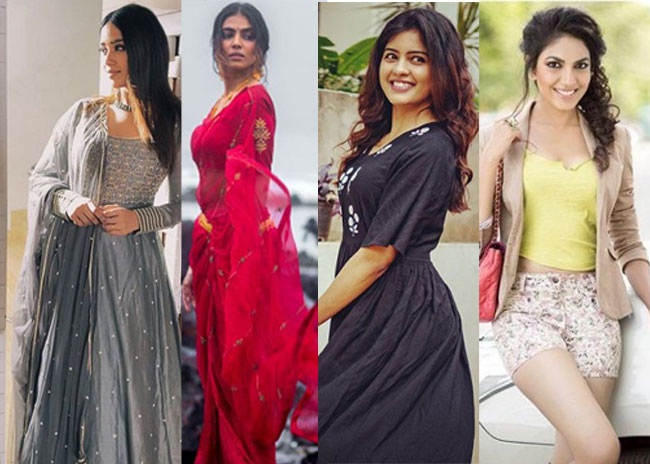 There are few heroines who strike the right chord with filmmakers as well as the audience right from the moment go. They end up becoming star heroines within a short time. On the other hand, there are some heroines who impress everyone with their initial films but fail to reach the next level.

Actresses like Nivetha Pethuraj, Ritu Varma, Malavika Mohanan and Amrita Iyer have good craze among the public but are unable to get the attention of star heroes. In order to reach the top league, these beauties are reportedly lifting their glamour gates and willing to do skin shows in their upcoming films. Nivetha Pethuraj and Ritu Varma are always known for their girl-next-door type of roles but they are willing to up their glam quotient as per sources.

Malayalam beauty Malavika Mohanan is already scorching up the heat with steamy and seductive photoshoots on social media and luring the filmmakers towards her. We need to wait and see if taking the glamour route helps their career or not.