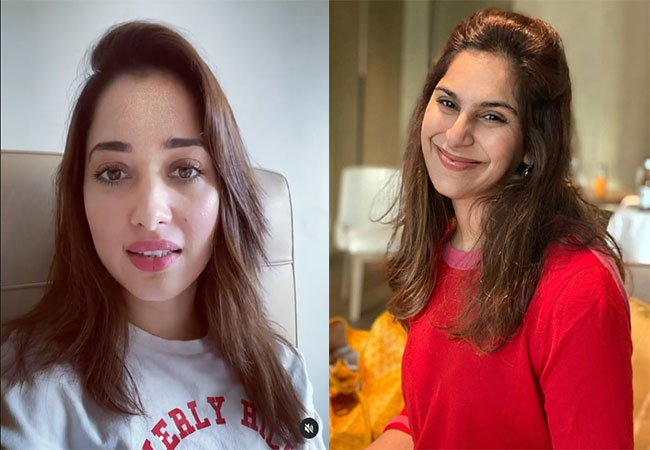 Popular actress Tamanna Bhatia has been affected by the Coronavirus nd she was treated in Hyderabad itself as she was diagnosed with the virus during the time when she was shooting for her upcoming film and web-series. Tamanna recently said that she is recovering quickly and clarified that she got discharged from the hospital.

Talk in tinsel town is that Tamanna was taken to Apollo hospital as soon as she complained of fever and other Corona symptoms and from there on, it was Upasana Kamineni Konidela who reportedly took good care of her. Upasana apparently made sure that she got the best treatment along with expert doctors as Tamanna was quite close to her and the Mega family.

Some people claim that Tamanna recovered quite quickly and Upasana had a huge part it. Tamanna will be in isolation for the next few weeks till she gets back to complete fitness. Only then, she will be joining the sets of his ongoing films and web-series. Tamanna has a couple of Telugu and Hindi projects in her hand and they were kept on hold for a while.