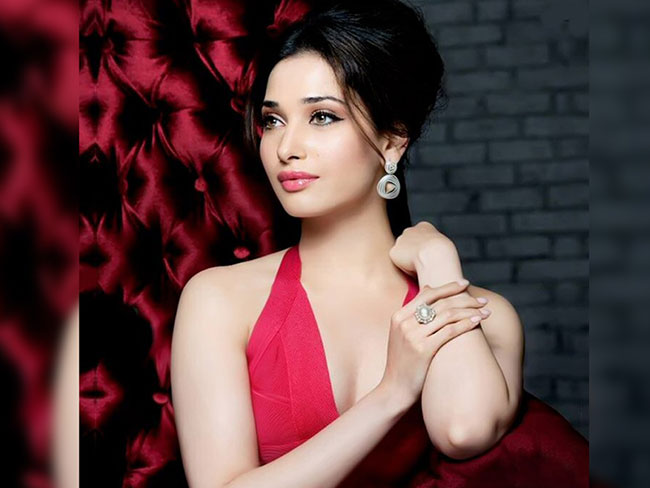 Milky beauty Tamanna Bhatia is a busy actress with a couple of films and web-series in her kitty. The senior star heroine is open to all kinds of roles these days. She did a special role in ‘Sye Raa’ which won a lot of praise and she is showing versatility with her choice of films. She did ‘Action’, ‘Abhinetri 2’, ‘Seetimaar’ and many others in which she doesn’t appear as the regular glamour heroine.

Sources say that Tamanna has been roped in to play a key role in Tamil star hero Vijay’s upcoming film ‘Thupaki 2’. Grapevine suggests that Tamanna will be seen as a villain in this film as she is reportedly going to be seen as a Pakistani spy. This news is not yet confirmed but fans are very excited to see Tamanna in another interesting role.

This film will be directed by Murugadoss. The combination of Vijay and Murugadoss gave hits like ‘Thupaki’, ‘Kaththi’ and ‘Sarkar’ in the past and the expectations are sky high over this sequel. Kajal is also said to be a part of the film as she is the heroine in the ‘Thupaki’ which released back in 2012. More details regarding this film are yet to come out.