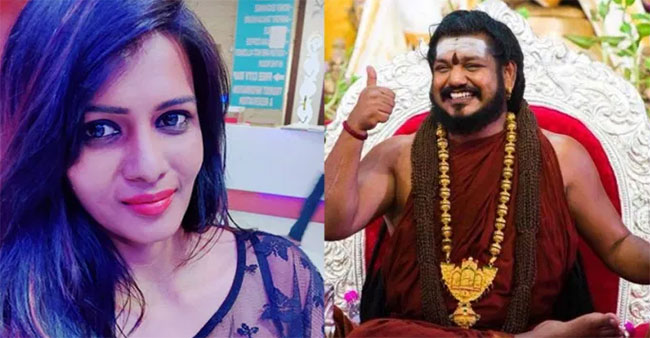 It is a known news that self-proclaimed godman Nithyananda, who ran away from India, had reportedly launched the Hindu Reserve Bank for his so called nation Kailasa.

Now, a Tamil actress stunned everyone saying that she loves to visit Kailasa. Actress Meera Mitun who become famous after participating in Bigg Boss Tamil 3, took to her twitter and showed her support to controversial spiritual guru Nithyananda. She showered compliments on him appreciated his efforts.

“Everyone mocked him, Everyone abused him, Everyone ran him down, Every media was against him, but today he creates a new country #Kailasa, going strong day by day. Would love to visit #kailasa soon. Lots of love #nithyanandaparamashivam,” tweeted Meera Mitun.