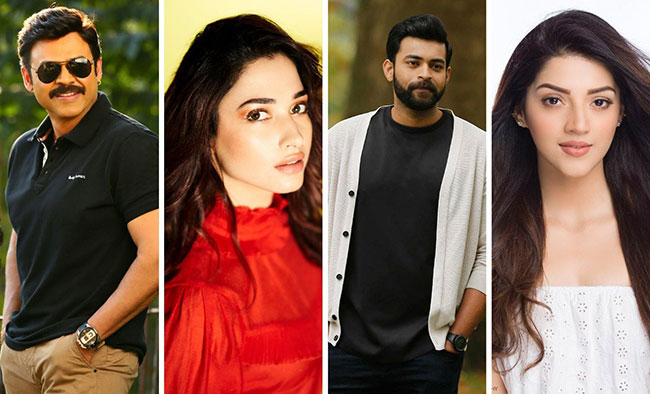 ‘F2’ starring Venkatesh and Varun Tej in the lead roles was a big hit and stood in the list of blockbuster films released last year. The film entertained the audience greatly and collected a whopping 80 crores at the box office.

Talented director Anil Ravipudi, who is riding high with the success of Sarileru Neekevvaru, had already wrapped the script of F2 sequel during the lockdown period.

If Covid-19 never exists, F2 sequel would have been rolling in a row with hectic schedules. But, the pandemic pushed the film to next year.

According to sources, Anil is said to have retained Tamannaah and Mehreen as the female leads in F3. No other star hero is roped into the film and the team is currently finalizing the other actors. More details are awaited.