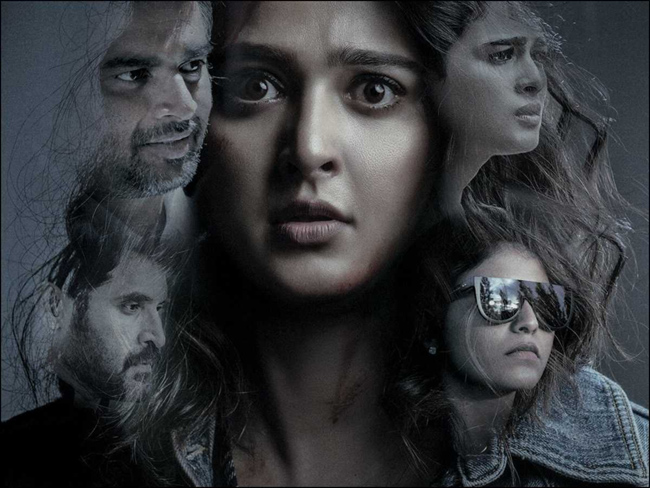 Star heroine Anushka Shetty’s mystery thriller ‘Nishabdham’ is going to be premiered on Amazon Prime Video on October 2nd. The trailer of this film has been released recently and got a decent response. But the team is not indulging in any kind of promotions whatsoever.

The team of ‘V’ including Nani, Sudheer Babu, Mohana Krishna Indraganti and Nivetha Thomas gave interviews to popular Youtube channels as well as TV networks and did their bit prior to its release. But there is nothing from ‘Nishabdham’ which is releasing in Telugu, Tamil, Kannada and Malayalam.

Apart from Google ads that are popping up on the internet about this film, no one from the team which involves star cast like Anushka, Madhavan, Anjali, Shalini Pandey, Subbaraj and many others are not coming out and giving any kind of interviews. We usually see producers spending a minimum of 2 crores on advertising when a film is about to hit the screens.

But with ‘Nishabdham’ releasing on a digital platform, the makers are showing no interest in promotions. Not just Anushka but even Raj Tarun’s ‘Orey Bujjiga’ team is also not doing any promotions for the film despite getting released on the same day.