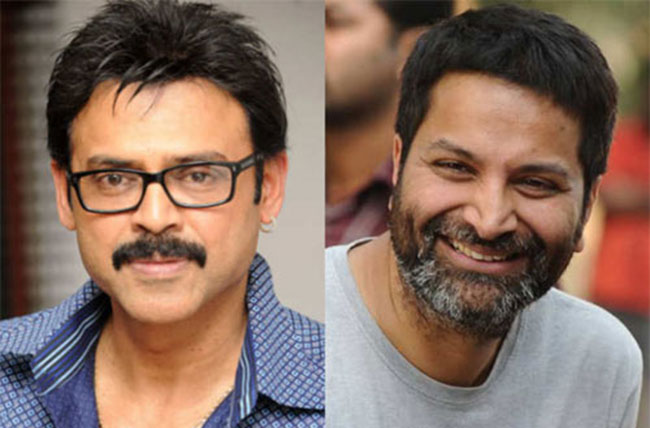 Trivikram is busy with the scripting and location hunting and all the pre-production works of his next film. It is evident that Trivikram after the blockbuster film ‘Ala Vaikunta Puram Lo’ is now all set to direct young Tiger NTR once again. Previously, Trivikram and Jr. NTR have worked together in the hit film ‘Aravinda Sametha Veera Raghava’.

The latest news we here from near and dear of Trivikram is all about his collaboration with his one of the favourite actor Victory Venkatesh for his #75 th film. Currently Venky is busy with his 74th film Narappa.The makers of this prestigious film are hoping big and have locked Trivikram to deal the project and said that this would his immediate project much before NTR’s film as the script is already finished and no more waiting for NTR who is busy with RRR. It remains to be seen if Trivikram could make it that soon and if at all does he have that ample time to take a side track from NTR’s film!

It is evident that Trivikram has given script and dialogues for Venky’s hit films Nuvvu Naku Nachav and Malliswari. It has been a dream project for all the victory fans.