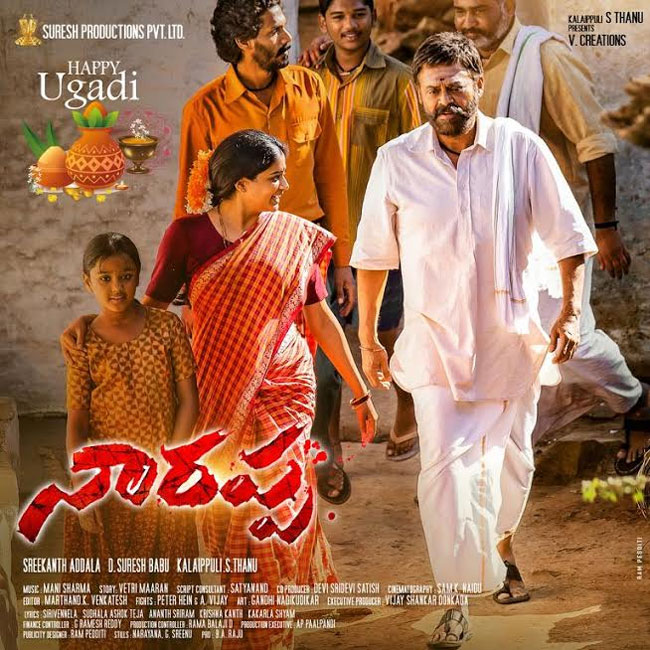 After ‘Venky Mama’, Victory Venkatesh is arriving with a rustic rural drama titled Narappa. This film is the Telugu remake of Tamil super hit film ‘Asuran’ directed by Vetrimaaran and Dhanush bagged a national award for his performance. Taking up such a role is a huge challenge but Venkatesh impressed people with his first look posters itself.

The glimpse of ‘Narappa’ too managed to get a positive response. Produced by Suresh Babu and Kalaipuli S Thanu, ‘Narappa’ is directed by Srikanth rnAddala. The film was supposed to be released in May but there are some rndoubts regarding it. In the meanwhile, the makers released a special poster on Ugadi showcasing Venkatesh as ‘Narappa’ along with his family. Priyamani is playing the role of his wife while Venky will be seen as the father of two kids in this movie.

Rajeev Kanakala can be seen in the background and the lead actors look great in the traditional outfits. This rustic action film has decent expectations on it. Mani Sharma is the music composer while Sam K Naidu is the cinematographer.