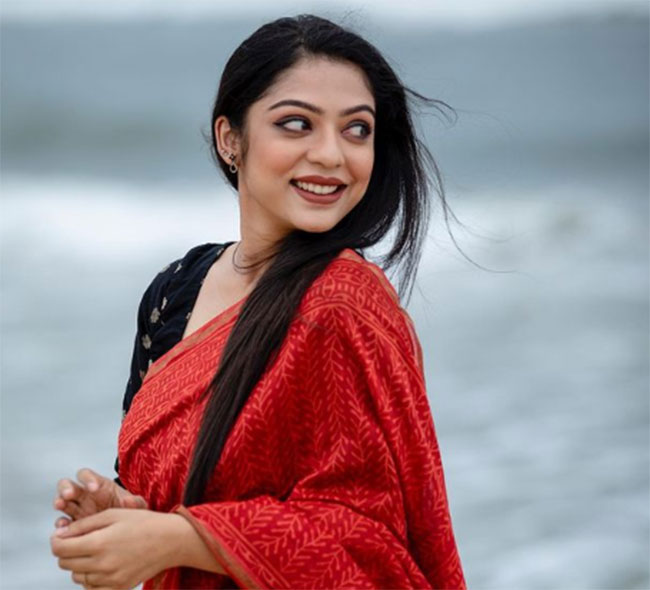 Varsha Bollamma, who is best known for her roles in the Tamil films 96, Bigil, and Jaanu (remake of 96) and Choosi Choodangaane in Telugu, will next be seen in Telugu film Middle-Class Melodies (MCM) alongside Anand Devarakonda, brother of Vijay Devarakonda. The film will have its digital release on Amazon Prime Video on November 20.

Varsha portrays a young woman named Sandhya, striving to assert herself. In her recent interview, Varsha said that she is happy that there’s scope to perform in the film and people appreciate her work.

MCM was initially planned with a leading lady who can speak Telugu fluently. Varsha, who was born and bred Varsha is Karnataka is well versed in Kannada, Tamil and Malayalam and has learnt to speak Telugu fairly well.

However, after going through her name most of the people are assuming that she hails from the Telugu states. In the interview, she revealed that she is from Karnataka. On the other hand, Varsha has a few Tamil and Telugu films and has been listening to scripts.