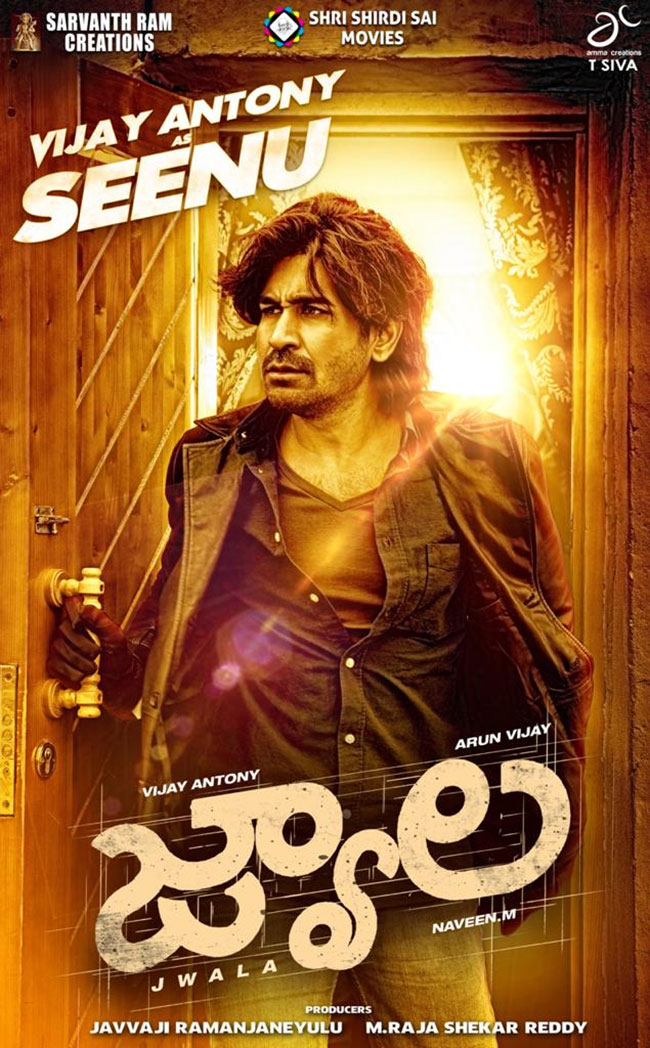 Actor-music composer Vijay Anthony became familiar to the Telugu audience with ‘Bichagaadu’ which became highly successful. After that, he came up with numerous films but most of them failed. Now, he is all set to entertain the audience with another action thriller title ‘Agni Siragugal’ which will be released as ‘Jwala’ in Telugu.

Along with Vijay Anthony, this multi-starrer will also have handsome hero Arun Vijay as the lead. The film’s unit recently wrapped up the shooting in Kolkata and Vijay Anthony’s character as ‘Seenu’ has been introduced with a mass poster. Anthony is seen with long hair in the recently released poster and it has a gold-tone to it which looks impressive.

Naveen M is directing this film while Javvaji Ramanjaneyulu and M Raja Shekar Reddy are producing it. The release details of ‘Jwaala’ will be announced soon. Let us see how this multi-starrer entertains us.