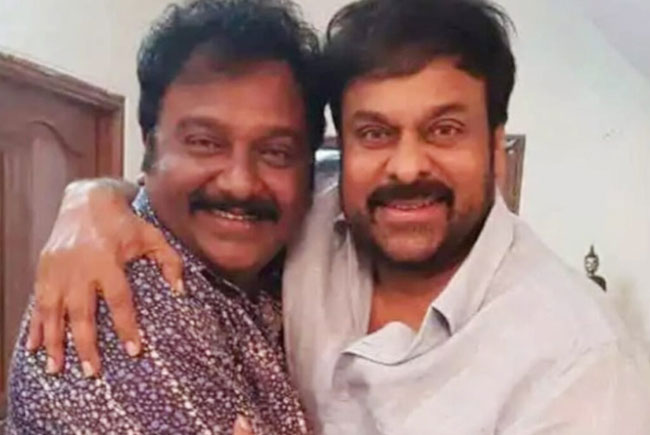 Megastar Chiranjeevi has made a comeback with ‘Khaidi No.150’ in the direction of VV Vinayak. The movie was produced by Chiranjeevi’s son Ram Charan under their home banner Konidela Prouction Company.

The 151 film was the magnum opus ‘Sye Raa’ directed by stylish director Surender Reddy and was the first venture of the Megastar targeting the Pan India audience.

Now for the 153rd film at least people thought that Chiru-Vinayak would collaborate but that too didn’t happen. The 153rd film ‘Acharya’ is yet gain produced by Ram Charan under Konidela Production Company and is directed by Koratala Siva.

Megastar Chiranjeevi is said to have signed film for Mythri Movie Makers now for his #154 film and many speculate that it would be the ambitious Lucifer remake. It is evident that Megastar didn’t like the work of Sujeeth and thus yet again is banking on the might of VV vinayak who is a mega fan boy and will definitely do justice for remakes and mass subjects. Let’s hope this mass director pull up a big coupe of his talent and revives the journey in Tollywood!