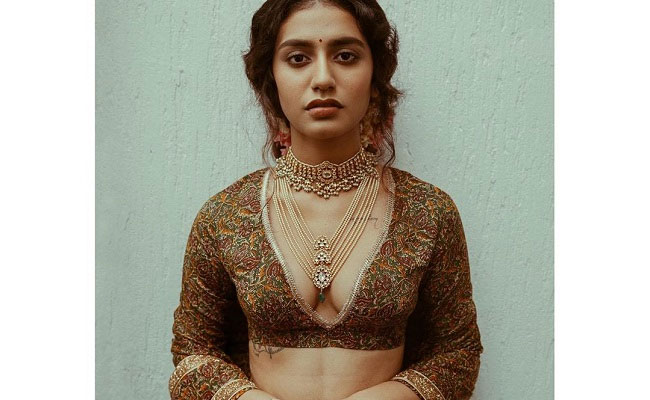 Malayali girl Priya Prakash Varrier who became famous all over the country with her ‘wink’ in ‘Oru Adaar Love’ is all set to make her Tollywood debut with Nithiin and Chandra Sekhar Yeleti’s ‘Check’. She is acting as one of the female leads apart from Rakul Preet Singh.

The young beauty who was known for her adorable looks has taken the glamour route of late. She is posting some stunning clicks on Instagram which were taken during her recent photoshoots. She indulged in some skin show too which is receiving a mixed response. While she got many likes, there are some who criticised her and posted some vulgar comments too. The lewd remarks on her cleavage show are going viral and Priya decided to respond back.

She gave it back to those filthy-minded netizens by saying,” So those were a few comments on my latest post, I couldn’t even go through Â¼ of the comments and I came across all of this right in the beginning. So I thought I should share them cause I felt like they deserve to be seen by all of y’all. Maybe we should give them a round of slow claps too. I mean isn’t that why they post up mean things like these? For some sort of acknowledgment/appreciation?”

This response from Priya Prakash is drawing applause from many people who support her.