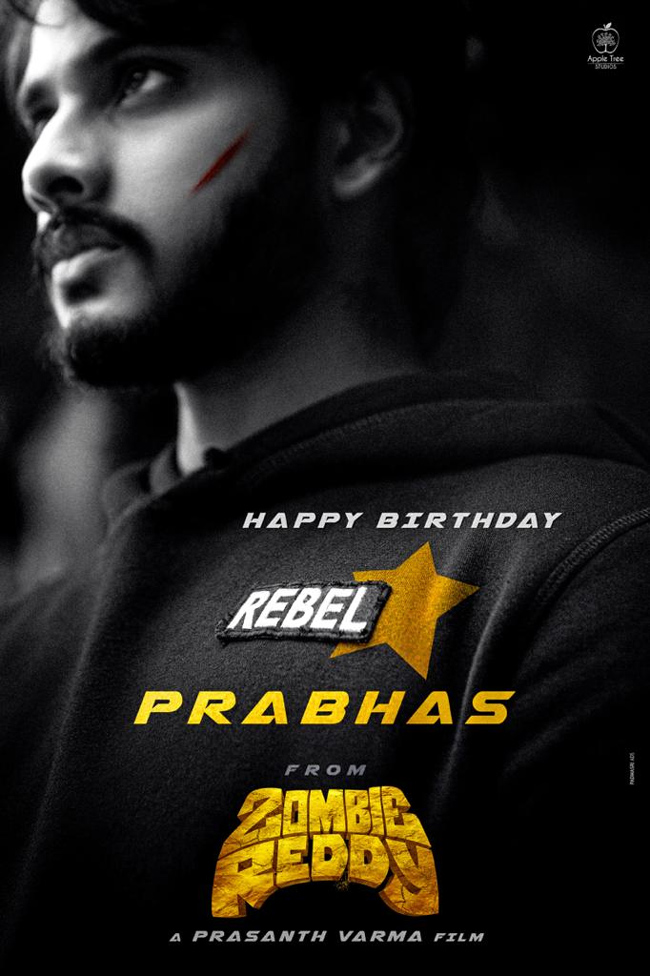 Director Prashanth Varma, who is known for different genre entertainers, has picked the subject of zombie for his third film titled Zombie Reddy. This is the first Telugu film in the genre and is said to be a high-concept film.

Previously, the film unit had released a motion poster on megastar Chiranjeevi’s birthday. Now, they have come up with a new poster to wish rebel star Prabhas on his birthday.

In the poster, we can see lead actor Teja Sajja wearing a black hoodie which has ‘Happy Birthday Rebal Star’ printed on it. Apparently, the director is using every single opportunity to promote his film in an attractive way.

Anith cranks camera, while Mark K Robin scores music for the film. The film has completed a shooting schedule in Tadipatri. More details are awaited.