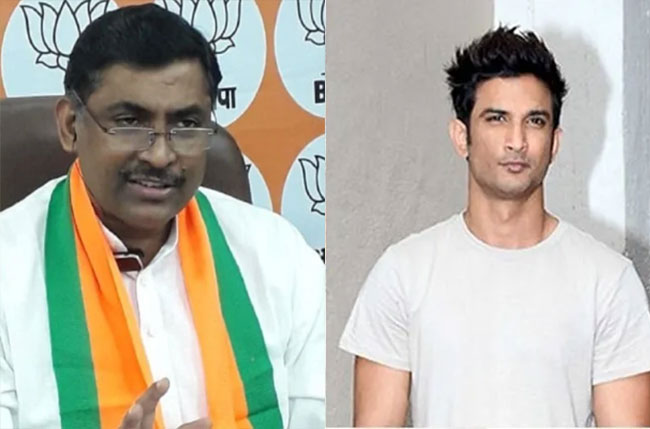 The truth behind the death of Bollywood young talented actor Sushant Singh Rajput is not yet revealing. It is becoming like a chain reaction day by day and is involving all the investigation agencies as days pass by!

On the latest , BJP Secretary Muralidhar Rao has tweeted saying Actor Sushant’s case is getting wider and soon the NIA may also involve in it he said. Most recently supreme Court has given a green signal for the CBI probe in the case and asked the Maharshtra Government and Mumbai Police to fully support CBI by providing the full proofs and evidences collected so far. Supreme Court also ordered Rhea to fully support the CBI investigation and not influence any one in her vicinity. CBI has started their investigation and has grilled the actress Rhea and her brother Showik today.

It is evident that KK Singh the father of Sushant has filed a case against Rhea Chakraborty saying that she has been the cause of his son’s death and exploited him financially.

Earlier Rhea has even filed a petition in the Supreme Court through her lawyer Satish Manishinde saying that media is framing her and manipulating the case and making me a scape goat. Media is still framing her and influencing the audience!

#NIA may have to get in – may be.!!
Case is getting larger – Connecting different cases – web of networks.#SSRCase#justiceforSushanthSinghRajput