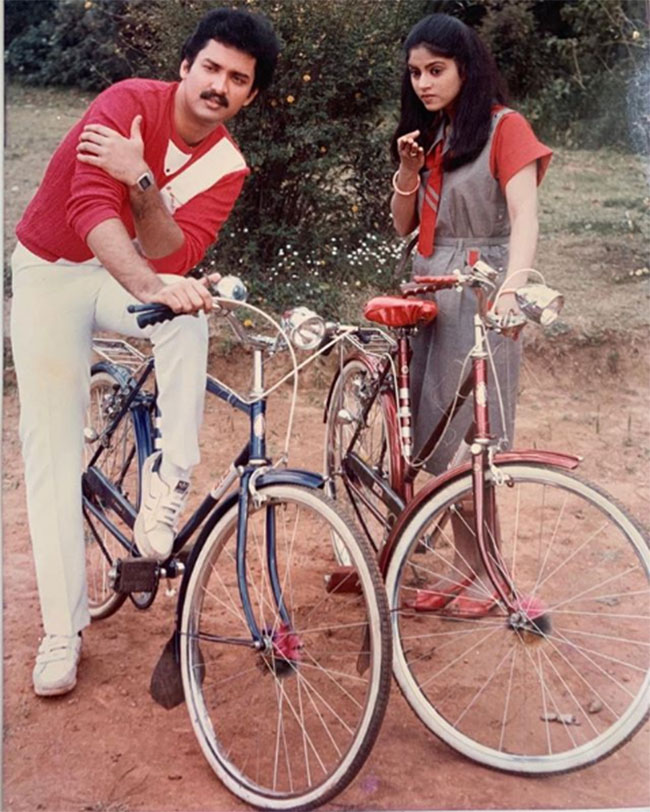 Veteran actress Nadhiya has conquered the hearts of 80s and 90s audience with her strong acting skills and ravishing screen-presence. She debuted to the silver screen in 1984 with a Malayalam film, Nokketha Doorathu Kannum Nattu alongside Mohanlal and made a name for herself in the southern film industry.

The ace actress shared a throwback picture from 1986 which is a working still from Tamil film, Pookalai Parikathirkal. The picture also features a former hero and popular character artiste Suresh.

“Memories from my Tamil film Pookalai Parikathirkal(1986) with my trademark bicycle and my first time association with (late)director V Azagappan and actor Suresh,” captioned Nadiya.

On the work front, Nadiya will next be seen in Oru Rathri Oru Pakal, Miss India and Varun Tej’s yet to be an untitled film.