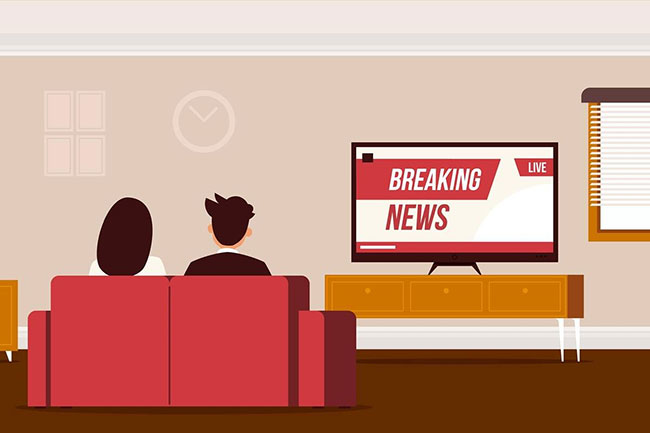 Social media became popular and a source of news to an extent that the users cannot differentiate between fake news and original news. The fake news has now hit a popular Telugu News channel.

With the new reports surfacing just one day before the by-polls gained a lot of significance and left the TV9 channel in a state of embarrassment.

Another news channel 10TV too faced the wrath of fake news with a similar news report of the leader changing the party surfaced on Social media.

These news reports created a sensation in Telangana as a ruling Telangana Rashtra Samithi(TRS) leader is believed to have major shares in both TV9 and 1OTV. This news resulted in a lot of speculations.

Cheruku Srinivas Reddy reacted quickly and denied all the reports of wearing the Telangana Rashtra Samithi(TRS) shawl again. He said there is no truth in such news.

Both TV9 and 10TV have separately reached out to the Cybercrime police over the media reports which used their logo names and asked them to take strict actions against such fake news spreaders. The Dubbaka by-polls once again made it to the headlines with the fake media reports.