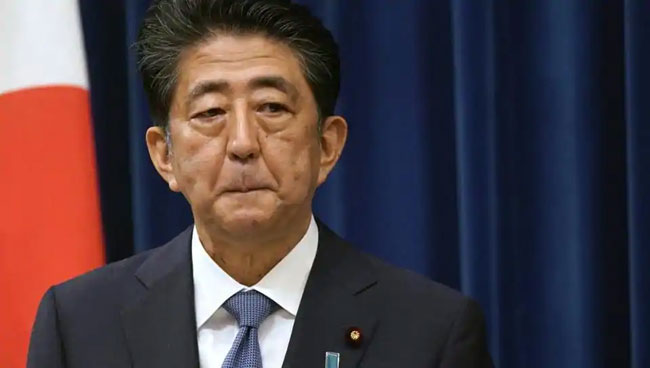 In a quick turn of events, Japanese Prime Minister Shinzo Abe, who is highly regarded as the longest-serving Prime Minister said, he is going to step down from his position.

Shinzo Abe called for a press conference and to announce his resignation. Speaking at the conference, he apologized to the public of the nation and said due to pandemic he couldn’t implement many plans.

His announcement came in the wake of many speculations and doubts on Shinzo Abe’s health after he went for medical examination twice in a span of two weeks. Local media posed many questions about his health situation.

His resignation announcement results in the leaders of the ruling Liberal Democratic Party (LDP). As the new Prime Minister should be elected formally which is a time taking process.

As the tenure of Shinzo Abe is not completed yet, the new chief of the Liberal Democratic Party (LDP) will render the services for the remaining period of the term.