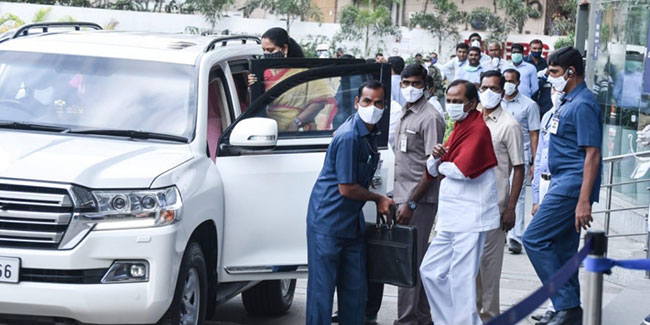 Telangana CM KCR’s sudden visit to a hospital for a medical checkup was the biggest news on Thursday. The political class went into a tizzy over the visit. There were wild guesstimates doing the rounds in the capital over whether this was part of a plan to prepare for the succession in the TRS.

However, by evening everything fell into place and this turned out to be a false alarm. KCR did have some lung infection and that he is otherwise hale and healthy. Also, it became clear that he needed some rest and that was it. So, the rumours died a natural death and KCR was back to Pragathi Bhavan.