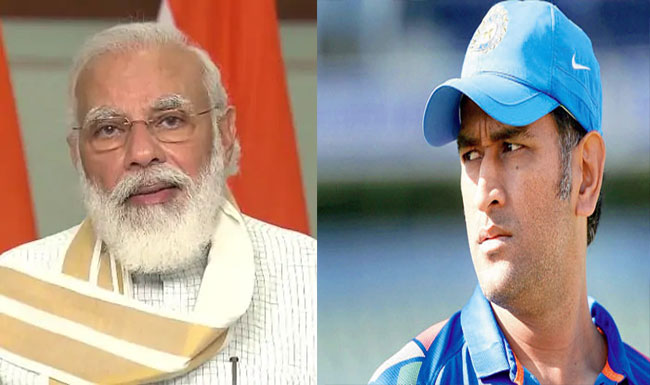 Former Indian skipper Mahendra Singh Dhoni bid goodbye to International Cricket on the evening of 15th August through an Instagram post and thanked everyone who loved him in his journey.

Mahendra Singh who enjoyed 16 glorious years in International cricket took to Micro-blogging site Twitter to thank PM Modi for sending the appreciation letter to him after his retirement.

“An Artist,Soldier and Sportsperson what they crave for is appreciation, that their hard work and sacrifice is getting noticed and appreciated by everyone.thanks PM @narendramodi for your appreciation and good wishes,” Dhoni’s Tweet read.

Dhoni donned the blue jersey in the year 2004 and since then he finished many games for the Indian team and earned the name as the best finisher in the world cricket.

Under his captaincy, team India won three ICC trophies, the 50-over World Cup, the T20 World Cup, and the Champions Trophy making him the only Indian skipper to do so.

In the career spanning of 16 years, Dhoni made more than 17,000 runs across three formats and he made more than 800 dismissals. He is the only Indian wicket-keeper to score a double celebrity in the longest form of cricket.