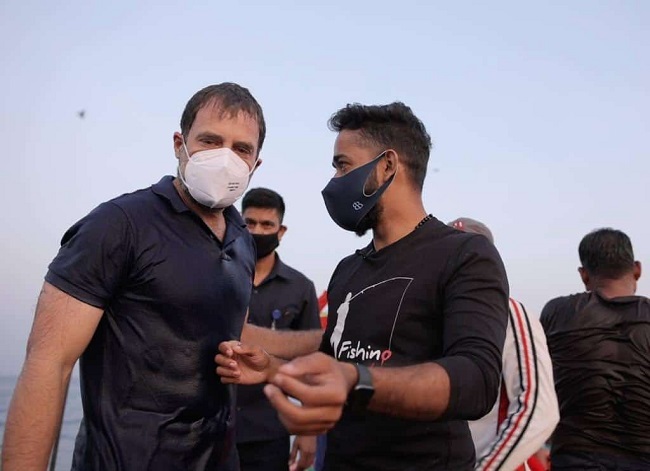 His pictures of flaunting abs a the wet dress after enjoying a good swim in the seawater took social media like a storm. Netizens showered praises on the MP for maintaining a fit body despite we were forced to stay indoors during the lockdown period.

Not only normal people, celebrities like silver medal-winning boxer Vijender Singh were also in awe of Rahul Gandhi’s stunning abs. â€œAbs of a boxerâ€¦ Most daring young fit & people’s leader Way to goâ€¦â€ he tweeted.

With the picture of Rahul Gandhi going viral on social media, netizens requested the Wayanad MP to share some fitness tips with them on how to get abs like him.