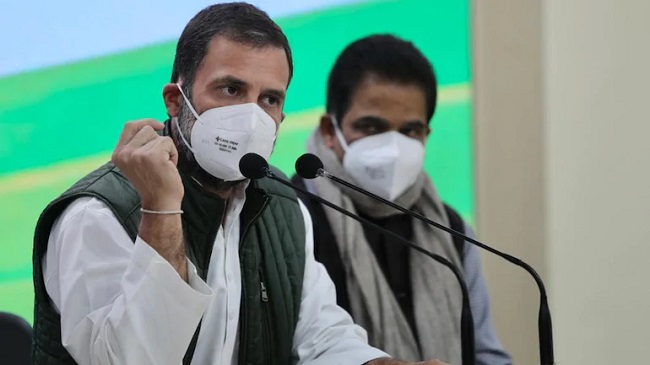 Congress MP, former chief Rahul Gandhi has launched yet another sharp attack on Prime Minister Narendra Modi led union government over the controversial Agriculture bills. Referring to the tweets made by the International tweets supporting the farmers’ agitation, Rahul Gandhi took a dig at the Centre and said the country’s reputation has been shattered.

He even took a dig at Prime Minister Narendra Modi, who has earlier offered to postpone the agriculture bills for 2 years. He questioned, why the PM is taking such decisions.