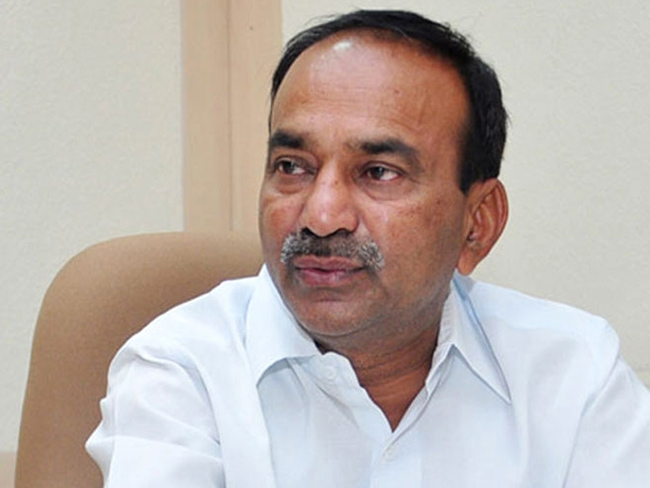 The TRS top brass is alarmed at the moves being made by senior party leader and minister Etela Rajender. Of late, he has been sending enough feelers that he would be no pushover and that his concerns should be addressed before the baton passes on to KTR from KCR.

Etela has been a very loyal and faithful party leader all along. He is one of the founding members of the TRS and has worked closely with KCR from the beginning. But, of late, he has been keeping a distance from the KCR family. Time and again, he showed the rebellious streak in him by making comments that put the bosses in a spot. Last time, when he was asked to step down to make a young team for KTR, he said that he was the ‘owner’ of the TRS and not servant. This made even KCR sit up and take notice. KCR had pacified him and made him a minister.

Now, he had commented on the farmers issue. He had said that he would stand by the farmers and added that the farmers’ interests come first for him. Though this appeared to be directed towards the Central Government, it is clear that the attack was on KCR and KTR. This is his way of questioning KCR’s decision to get closer to the BJP. Etela it is clear is unhappy with the TRS surrendering to the BJP. He feels that there are issues over which a fight needs to be put up. Hence, he is making these comments.