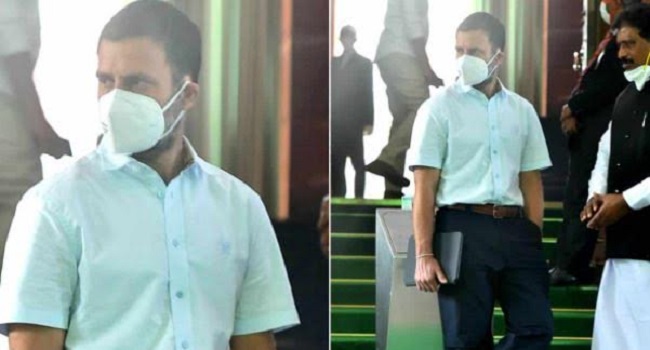 Last week, Congress MP, former party chief Rahul Gandhi made it to the headlines with the video of him interacting with the chefs in Tamil Nadu. He was seen relishing a mushroom biryani on a banana leaf with chefs. The pictures of him having food along the sheds went viral on social media. Tamilians have showered praises on Rahul Gandhi for interaction with the farmers and having food with them.

Now the MP has once again found himself in the middle of headlines with his new look in Parliament. He underwent a massive transformation and reminded everyone of Super Star Mahesh Babu in ‘Bharat Ane Nenu’.

The former Congress chief, who opts to donn pyjama and kurta usually, transformed into a corporate look. Rahul looked ultra-stylish in trousers.

The recent on his behavior and the way he is targeting the union government is giving hope to the Congress party cadre that, he would change his decision and take the party leadership again.