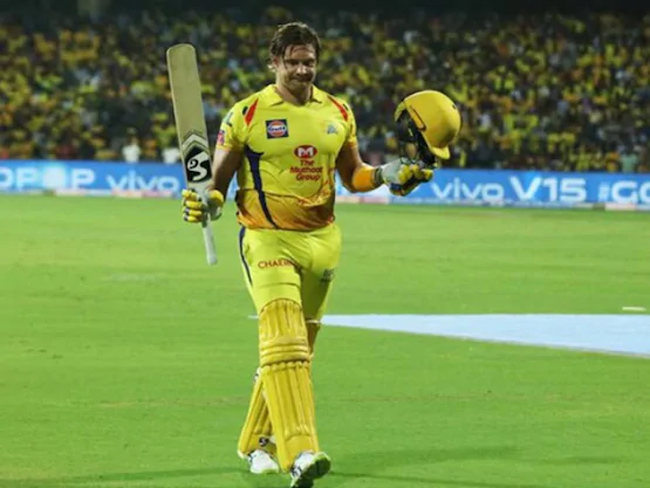 Australian veteran all-rounder Shane Watson, who plays for Chennai Super Kings (CSK) franchise in IPL officially announced his retirements from all formats of cricket with a social media post.

Shane Watson took to microblogging site Twitter and bid goodbye to the cricket. In the video, he said the retirement chapter is going to be hard and said he is grateful for living the dream.

His official statement came a day after social media is abuzz that all-rounder has discussed the announcement news with the yellow army squad and turned emotional.

“This closing chapter is going to be so hard to top, but I am going to try. I truly am forever grateful to have lived this amazing dream. Now onto the next exciting one…#thankyou,” his Tweet read.

Talking about his association with Chennai Super Kings(CSK), Shane Watson joined the yellow army camp in 2018 and has been a valuable player for the team since then.

Tracing his IPL journey he has played for Rajasthan Royals, Royal Challengers Bangalore before joining CSK. In his IPL career, he scored 3874 runs and picked 92 wickets.

Surprisingly, he followed the footsteps of his CSK skipper Mahendra Singh Dhoni and shared the announced news through social media post rather than disclosing via a press conference.