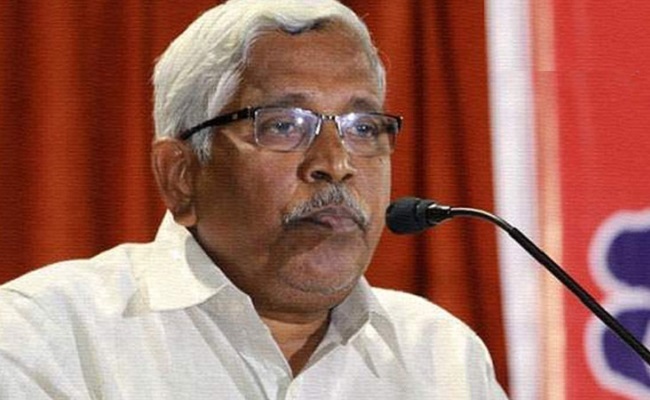 A former professor at the historic Osmania University in Hyderabad M. Kodandaram who took part in Telangana agitation, demanding a separate state floated his political party Telangana Jana Samithi(TJS) prior to the 2018 Telangana General elections after parting ways with KCR.

News is being circulated in the media reports claiming that Kodandaram might merge his political outfit into the Telangana wing of Congress and a formal announcement would be made soon.

Kodandaram has responded to the reports finally and termed them as fake and baseless. Urging everyone to not believe such news, Kodandaram said, TJS will not be merged into any party. Our fight for the public issues will be intensified, he said.

Media reports on TJS being merged into Congress have been surfacing since Kodandaram’s TJS failed miserably in the two Graduates MLC Constituencies elections. Now TJS chief Kodandaram issued a clarification on this.

Kodandaram said they will fight against the rising prices of Petrol and Diesel and for the Krishna River water disputes. The fight to safeguard the interest of the state and people will continue, he said.

Kodandaram took part in the state agitation movement and fought for the cause along with KCR’s TRS till 2014. But the former professor turned critic of KCR and launched his political party.

Telangana Jana Samithi(TJS) was part of the alliance that was formed for the general elections in 2018. Congress, Telugu Desam Party(TDP), and Communist Party of India(CPI) are the other parties of the alliance.