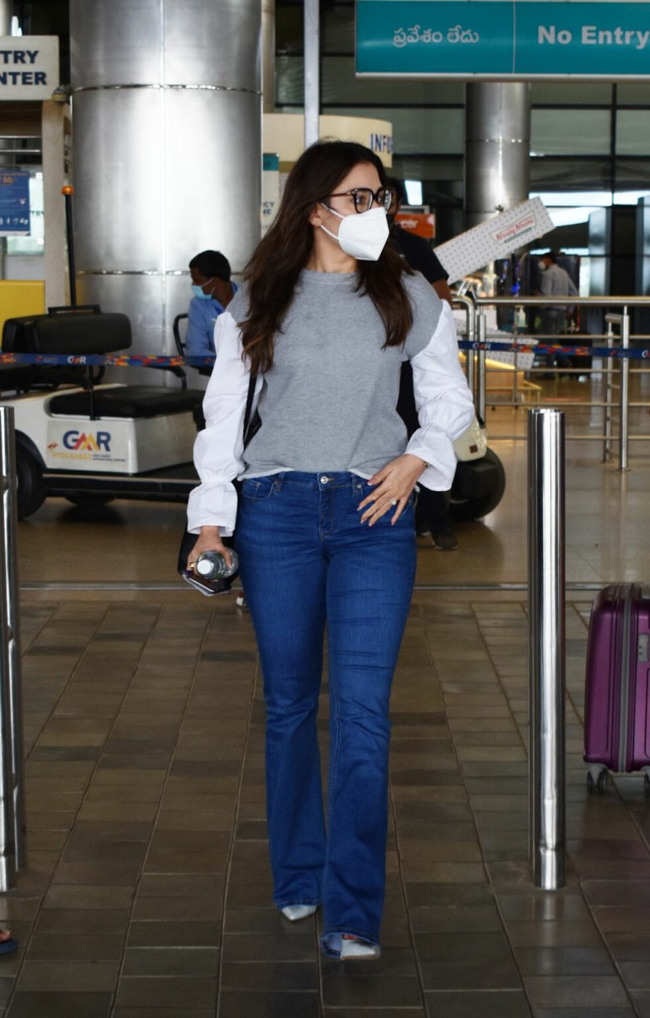 Milky beauty Tamannaah Bhatia has recently shared her crisis routine and how it helped her even in this tough times. The actress has been a positive symbol of sorts in a media interactions always.

On the latest the actress’s Airport look os just hitting the eyeballs of her fans on social media. The actress has recently landed in Hyderabad to resume the shoots of her scheduled films down South. She aced her looks in a bootcut jeans and full sleeve T-shirt and added mask for safety.

Tamannaah is a huge star down south and worked with big stars in both Telugu and Tamil. Her hit films include ‘Ayan’, ‘Happy Days’, ‘100% Love’ and ‘Bahubali’ franchise to name a few.

Now she is acting as a Kabaddi Coach in the film ‘Seetimaar’ starring alongside Gopichand. The movie is directed by Sampath Nandi. The movie needs a lot of endurance and fitness in Tamannaah for which she is actively maintaining diet and has even attended training sessions for the game that she never played. Tamannaah is also working in the film ‘Bole Chudiyan’ alongside Nawazuddin Siddique.