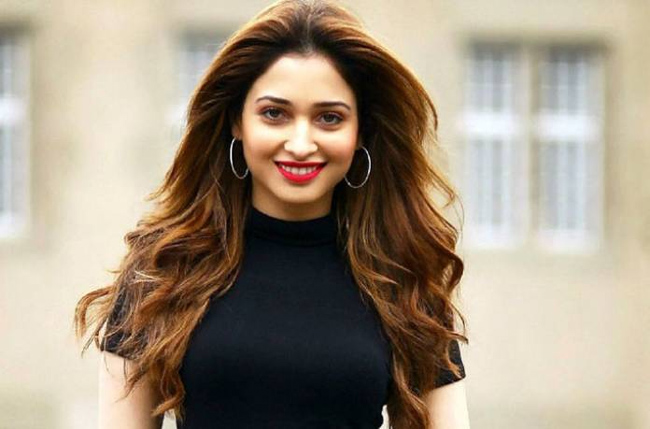 It is known that Nithiin bought the remake rights of Bollywood hit film ‘Andhadhun’. Ayushmann Khurrana won a national award his acting in this film while Tabu played a very crucial role in this film and Radhika Apte is the heroine. With Nithiin going to play Ayushmann’s role in the remake, happening beauty Nabha Natesh will be seen romancing him onscreen.

Milky beauty Tamanna will be seen reprising the role Tabu did in the original. It is a very challenging role as it has a dark side apart from being funny. Tamanna is said to be pretty excited to play this role as reportedly claimed that it is an honor to reprise a role Tabu did. She said, ‘I am quite looking forward to this project.’

‘Andhadhun’ remake is going to be directed by Merlapaka Gandhi and Nithiin’s father Sudhakar Reddy will be producing it.

While this dark comedy impressed everyone in the North, it is to be seen whether the remake repeats the same kind of magic or not.